"Oh my god. One is thirsty in the desert, and what to drink but Coke?" asks Slavoj in this advertisement for Coca-Cola. Although I do not subscribe to Žižek's line of Communism, I must admit that I like the soft drink almost as much as he does. I consume it rarely. Drinking cola is a disappointment. The initial sip reveals its disgusting hyper-sweetness (which somewhat paradoxically lingers on no matter how much sugar is removed from any soft-drink). Disliking wastefulness, having purchased and opened a bottle I will feel obliged to finish the whole unit. As a Lacanian, Žižek would undoubtedly argue that precisely disappointment and obligation is what makes me Enjoy Coca-Cola. I disagree, but the explanation will have to wait, first a short word from our sponsor: 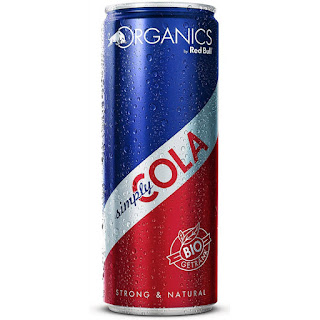 Have you tried Red Bull's simply COLA? Slightly less sweet than disgustingly so, it offers an enticing novel adjustment to the formula, adding galangal to the recipe. The can is also pleasingly small. A couple of gulps and the experience is over.


Always Coca-Cola or simply cola? This is not just as a question of taste preferences or brand loyalty, but can be used as a distinction for different schools of materialist philosophy: Žižek's Marxist, dialectical materialism versus what Alexander Galloway identifies as Swerver materialism. Galloway sets up a useful diagram for identifying Swervers:

The use of words like the assemblage, becoming and deterritorialization betrays the Swervers as Deleuzian prodigies. In addition to the taste for messy multiplicity, Galloway identifies another part of the Deleuzian heritage as a drive to affirmation & expansion. Reality is not simply immanent vitality and chaotic flux, you have to invest into it. The maximizing drive of Swervers can therefore be thought of as a Red Bull Sublime: I accept slippages, and embrace action; lol random! I would like a Cola with my order!

What is the problem with buying Red Bull? For Galloway, the Deleuzian maximialism comes in the way of theorizing the pressing issues of today, such as "how to think blackness as structural nihilism; how to conceive of an insufficient personhood rather than an engorged one; or how to diminish human planetary impact rather than expand it". Instead of embrace, our current "dark times" require "insufficiency, finitude, diminishment, nihilism, negativity, de-growth, generic personhood". Galloway therefore takes up Eve Tuck's suggestion of breaking up with Deleuze. This could be a good idea, but what if it only offers diminishing returns? It might simply revert back from one brand of materialism to the other: Deleuze's Red Bull Cola seems like a way out ennui, but Žižek's Coke is still the Real Thing.

It is easy to agree that the problem's we face today have less to do with Deleuze and more with our 'dark times'. Without implying any reduction of the importance of sociopolitical issues, I want to argue that for theoretical reflection the notion of 'dark times' is a problem whether you prefer Red Bull or Coca-Cola. There is a certain attraction to gloominess and bleakness present in much critical thought. Galloway advocates a possible resuscitation of Deleuze by way of Andrew Culp's Dark Deleuze, who presents a rehabilitation of negativity as a "hatred for this world". If I were to dream about Red Bull's sublime COLA, and in this dream I feel its dark ooze flowing from capitalist machines to inject and infect human machinery, would this turn you on? While Galloway claims to "love joy and affirmation as much as the next person", one could argue that critical theorists cannot actually be trusted when speaking of enjoyment apart from obligatory disappointment. Why this insistence upon rejection? Negation, hatred and darkness - I would prefer not to.


Materialism, either Red Bull Swerving or Coca-Cola Capitalist Critique, should perhaps be more interested in actual objects than positionings of affirmation or negation: How are colas produced, marketed and distributed, and what are the possibilities for other forms of production, marketing and distribution? Such exploration could take cues from a handful of the artists who have worked with Colas: Cildo Meireles in the 1970s, Sean Raspet and myself in the 2010s. Meireles adorned bottles of Coca-Cola with politically radical messages, including instructions for making Molotov cocktails, before returning them to stores for circulation. Raspet reverse-engineered and mirrored Coca-Cola as a chemical poem in one work, while another another involved applying for a patent for the molecular difference between Pepsi's and Coca-Cola's formula. My own artistic practice includes workshops where people learn to brew Coca Cola Living, a soda made with spontaneous fermentation using bacteria and yeast captured from the air and bodies.

Hijacked distribution, chemical synthesis and spontaneous fermentation - is it possible to imagine theorizing using such methods? Perhaps this could induce a healthy intolerance to some of the favorite generalities of theory, eliciting engagement instead with specific individuals and populations of ecologies, commodities and communities. This might not be a way of diminishing human planetary impact, but then again, do we actually know how we should do this? 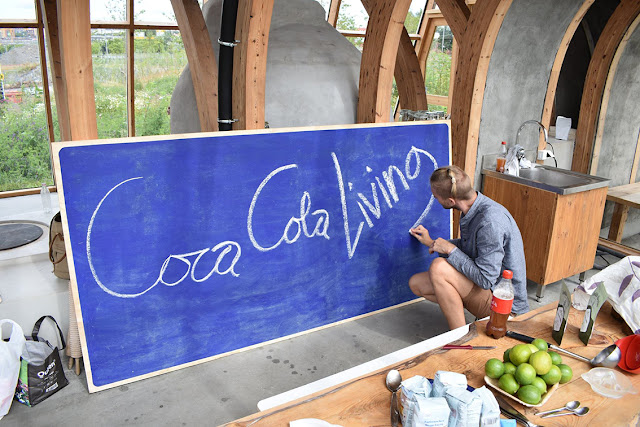 *The writer is in no sense affiliated with or sponsored by Red Bull GMBH or any of its subsidiaries companies.
kl. oktober 18, 2018 Ingen kommentarer: